No RAM, Graphics Card, or Powerful CPU? Try These Games Out

Just because you have a low-end PC system, it doesn't mean you can't enjoy a range of classic games in your spare time. While many new releases require a huge RAM and a decent graphics card, there are other equally compelling and enjoyable games that you can download if you don't have a massive gaming rig.

Below are six computer games that will work on almost any CPU, regardless of its RAM or graphics card. As you can see, you are truly spoiled for choice.

While playing GTA V is sadly out of the question, you can time travel back to 2008 and enjoy the highest-selling PlayStation2 game of all time - Grand Theft Auto: San Andreas. Explore Vice City with CJ and his cronies and become one of the most feared gangsters on the streets by completing a range of crazy missions. The game can be enjoyed with next to no RAM, and while the graphics are nothing on Rockstar's most recent release, they're still good enough to be enjoyable.

One of the most popular first-person shooters of all time, Call of Duty Modern Warfare 3 received rave reviews when it was released back in 2009. Transport yourself into the fictional war between the US and Russia, and complete the complex missions of story mode that enable you to explore an apocalyptic-style world. Minimal RAM is required to enjoy the game, making it a perfect option if you're keen to battle your way through the streets with your comrades. 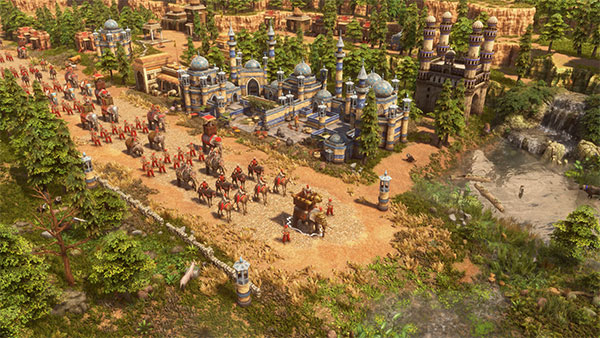 Once upon a time, real-time strategy games were all the rage. From Ensemble Studios comes Age of Empires III, one of the most addictive and immersive strategy games ever developed. You begin with nothing, and by the end of the night, your medieval dynasty most likely stretches as far as the eye can see. Unbelievably time-consuming and available to play 1v1 or as a multiplayer, you can enjoy Age of Empires on almost any CPU, regardless of its memory or graphics capabilities.

Thanks to recent advances in technology, it's possible to play live dealer games from any type of PC. After creating a profile and adding some money to your account, you can stream a live dealer game of your favorite casino game and 'virtually' sit at the table to play. Whether blackjack, roulette, or baccarat, you can join live dealer games at any time of the day and play for real money from the comfort of your own home. And despite the real-life stream and graphics, you don't require a specialized gaming rig to enjoy this immersive online casino experience.

As one of the original sandbox exploration games, Minecraft needs little introduction. It also requires very little RAM, making it the perfect game to immerse yourself in if your system is short on memory. You begin the game by being deposited in a randomly generated world of nothing but blocks, and the onus is on you to survive. But, as developers Mojang say about the game, the only thing limiting you is your imagination, and it's possible to lose all concept of time while immersed in a Minecraft world of your creation!

Mafia: The City of Lost Heaven

For a game developed in 2002, Mafia is one of the most immersive and colorful gangster games ever produced. Set in the early 1900s, you get to explore life as a serial gangster, wreaking havoc in the streets through which you travel. While there is nothing fun about the real-life Mafia, the game is an old-school shooter at heart with surprisingly good graphics, and it can be downloaded on your PC if you're low on memory. More recently, the producers have added a couple more installments of the Mafia franchise, which give you further missions to complete when you're done with the base game.

While you can easily end up spending thousands of bucks on a brand-new gaming rig to enjoy the latest releases, it's also possible to revisit some of these timeless classics that allow you to play for hours, regardless of the RAM or graphic capabilities of your PC. Most of these games are super cheap to download and play, too, so you don't have to spend the big bucks on the industry's newest titles. Whichever game you opt for, we hope they bring you hours of entertainment and transport you to the good old days of video gaming.